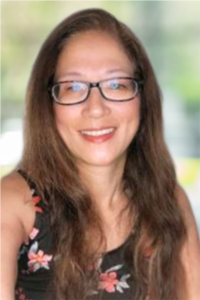 Erika Furuzono is a long-time New Yorker, Real Estate Agent, and a Global Citizen. Erika grew up in a multicultural environment ( Spanish/Japanese/American) and lived in Los Angeles,Tokyo, New York City

Erika moved to New York City to pursue her education where subsequently she began her career in sales and the entertainment industry. She has worked with various types of creative professionals as a producer on Japan’s most prestigious television network, and served as a development producer in a Hollywood studio.

Erika is a world traveler and has visited Ireland, Austria, Bulgaria, England, France, Germany, Hong Kong, Hungary, Indonesia, and Puerto Rico. She enjoys fabulous international cuisine and learning the language wherever she visits. She speaks fluent Japanese and English, and she enjoys improving her Spanish.

Erika knows the in’s and out’s of New York City and she is an expert in Midtown and the Upper Westside, where she has been helping international students and new york transplants, get used to life in New York City. She enthusiastically shares her knowledge of local hot spots and great neighborhood stores to visit! Erika enjoys socializing and loves to make genuine connections and help people in her personal and professional life.

In her spare time, Erika enjoys dining and sharing happy hour with friends in Midtown West, enjoying Argentinian Tango, relaxing at the pier by the Hudson River, and having a walk in Central Park. She also enjoys visiting high vibe crystal stores, and hosting meet up groups.