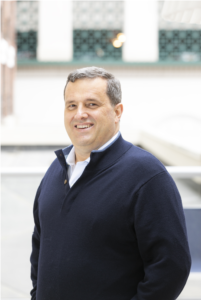 With proven leadership at the intersection of investment management, private equity, credit markets and real estate, John creates value-enhancing solutions utilizing his creativity, expertise, and international business network.  Integrity is at the center of all his business endeavors, and his accomplished career, encompassing deal transactions exceeding several hundred billion dollars, has earned him a stellar reputation.

Earlier in his career, John founded and led a team of ten investment professionals in London and New York for Credit Lyonnais Credit Management.  As Chief Investment Officer of CLCM, John managed the multi-billion dollar credit hedge fund with a multi-strategy investment mandate for the North American and European investment grade, high yield and distressed credit markets.  As a result of his experience and consistent high returns, John was inducted into Credit Magazine’s “Credit Hall of Fame,” an honor reserved for the 50 most influential men and women in credit.

Prior to moving to the buy-side and founding CLCM, John was Managing Director for Deutsche Bank in London responsible for US Dollar credit in Europe and managing the cross-over credit trading book.  John has over a decade of trading experience in various segments of the credit markets including credit derivatives, industrials, financials, and Asian emerging markets.  John has held senior trading positions at UBS PaineWebber and started his investment career at Kidder Peabody.

John’s many accomplishments include delivering the keynote address for the 2004 European Credit Congress and being one of three featured speakers, along with PIMCO and New York Life Insurance, at the Federal Reserve Bank of New York.  Lehman Brothers, JP Morgan, and Morgan Stanley have sought his participation as a panelist at their credit conferences. When the Euro currency was first formed, John presented his analysis of the evolution and potential of the European credit markets to a conference of European Central Bankers in Vienna.

John is also an accomplished social entrepreneur and has founded several non-profit initiatives. In April 2020, John and a group of friends founded Farms to Food Banks as a grassroots COVID response to agricultural supply chain disruption, farmers’ wasting crops and loss of income, and the dire crisis of food shortages in the South Bronx.  Farms to Food Banks and its partner East Side House of the Bronx have raised over $1.5 million from over 2,200 donors, distributed over 1 million pounds of food, and fed over 200,000 people.  Hellmann’s Mayonnaise funded a transformational $1.2 million grant and a grant from the Rotary Club of New York expanded the Free Farmers Market program in NYC for Chef José Andrés’ World Central Kitchen.  John and Farms to Food Banks were featured several times on ABC World News Tonight with David Muir, Good Morning America, and various national and international media outlets.

John is passionate about regenerative agriculture, food security, and sustainable design.  John is a Member of the Real Estate Board of New York, Hudson Gateway Association of REALTORS® Commercial & Investment Division, and the Urban Land Institute.