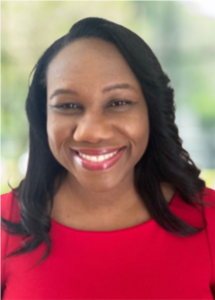 Employing a discerning ear, refined active listening skills, and an ability to condense complex thoughts and ideas down to simple, easy to understand concepts Shaun Cunningham has built a multitude of complex, easy to use and responsive software applications that resolve a litany of customer problems. These same skills which have allowed Shaun to become a very successful Software Developer for several companies translate quite nicely over to the world of real estate.

Shaun left her native home country in Central America as a teenager and emigrated to the United States, arriving initially in Brooklyn. She attended college here and fully embraced living in New York. Whether you are native to New York, an immigrant, or a transplant from another area of the country, Shaun has intimate and beneficial first hand knowledge of the ins and outs of living in and thriving in New York gained from her own experiences of growing into adulthood in the Boroughs. Additionally she later worked as a Software Developer for New York City’s Department of City Planning, giving her another layer of expertise that can be leveraged on your behalf. In her adult years, she moved out to various areas of Long Island, and continues to reside there thus also giving her a great understanding of neighborhoods in both Nassau and Suffolk County.

Whether you are a buyer or seller, Shaun will confidently shepherd you through the complex and sometimes confusing process of buying or selling your home in this challenging New York real estate market with ease, grace and success.