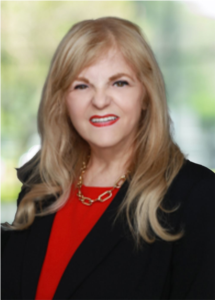 Joann Sicoli a/k/a Giovanna is a native New Yorker and loves the city that she calls home.  Her parents, Antonio and Artenzia, were immigrants from Amantea, Calabria, Italy and migrated to New York City through Ellis Island.  They always told her stories about when they first came to New York. It was a huge struggle, but most people welcomed them with open arms especially their fellow Italians, Italian Americans and the Statue of Liberty.  They always talked about coming into New York Harbor after over 35 days in the steerage class of the ship. This was the very bottom level of the ship.  But when they heard the ships horn’s blasting away, they ran up to the promenade deck and coming into New York harbor the first thing they saw was the Statue of Liberty! This made them feel like they finally arrived and hoped and prayed that they would have a new and better life in America. Four years ago, Joann started her own real estate investment company, Amantea Ventures, LLC, to honor the city that her parents were born in.

Joann has had a very diversified career before becoming a licensed Real Estate Salesperson.  She worked numerous years at Pfizer Inc. creating and handling their legal consultant agreements with doctors and global universities.  When her nephew was deployed in the Gulf War in Iraq, she organized “Help the Troops” by reaching out to her Pfizer colleagues throughout the company.  This entailed over 60 large boxes shipped to the troops, containing personal items that was unattainable in Iraq, such as: shaving cream, disposable razors, mouthwash etc.   With the help of Pfizer and her Pfizer colleagues, Joann was a team leader with over 20 volunteers that physically built two houses in Bedford Stuyvesant Brooklyn for Habitat for Humanity and two lovely families. Joann was a member of Pfizer’s Pfree Speech Club affiliated with Toastmaster International and achieved gold speaker status.  Participated in Pfizer’s employees’ sports and played in their Co-Ed Softball League position catcher. For many years, she was MVP, Co-Captain and Coach. She also sang with the Pfizer Choraliers for many years at various concerts in the Pfizer Lobby, Holiday Open House, St. Patrick’s Cathedral, Mary Manning Walsh Nursing Home and Memorial Sloan Kettering Hospital.

With the help of Pfizer, Joann adopted a public grammar school in Spanish Harlem and taught the Junior Achievement curriculum to 600 children for over 10 years (Grades K to 6). She was the leader of the whole program and recruited and trained 66 Pfizer volunteers every year to help them team teach and interact with the children.  Joann taught one of the kindergarten classes and all the six special education classes herself.  She created a curriculum for special ed by brainstorming with Scholastic Books and came up with the idea to use their book “Is A Dolphin A Fish?”  The special ed children loved this book because of the wonderful artwork, photography, factual story and large print making it easy reading for them.  At Christmas time Joann organized a Dear Santa program for these children Grades Pre-K to 2nd Grade over 400 gifts. They all filled out “Dear Santa” letters and, with the help of her Pfizer colleagues, every child received a gift. All presents were shipped from Pfizer to the school.  On the distribution day, she was able to give every child a Christmas present that they wanted. The week before Christmas, with Joann’s help, all the gifts were shipped from Pfizer to the school.  The day of the distribution, Joann and six Pfizer volunteers went to every classroom to hand out these gifts to the children.  There is no better “God” given reward than to see the smiling faces of these children.  For most of them, these Christmas gifts were their only ones they would get.  It was a labor of “love” and the true meaning of Christmas. Pfizer awarded Joann the Upjohn Award and the Audrey Berry Award for her tireless commitment in making a difference in these children’s lives and helping the two families in Bedford Stuyvesant Brooklyn by making sure their new homes were built to last a long time.

She was an Interior Designer in the hospitality and residential industry for Monolith Interiors and the Park Avenue Design Group. She received awards for her excellent work from the Hotel & Motel Association of New York. In addition, she did showroom and promotional department store sales for Ralph Destino and Christian Dior Men’s Jewelry.

Joann is a published writer in Primo Magazine, NOIAW Newsletter and the Majestic Hudson Chapbook.  She is also in the process of writing a novel entitled “Domenica’s Journey” centered about her grandmother.

Joann was a mentor with Mentoring USA for many years.  She started mentoring Yasmeen when she was 8 years old and stayed with her all through grammar school. Through Joann’s mentoring, perseverance, and assistance Yasmeen was able to attend a great high school in NYC and went on to graduate from Pace University.  Still to this day, they talk to each other once a week.

As a child, Joann sang in her father’s band and performed at various social clubs in Queens.  As an adult, she sang at various cabaret venues in NYC such as:  Don’t Tell Mama, The Triad, Birdland, Panache Supper Club and Dangerfield’s Nightclub to name a few.  One of her performances is on YouTube.

Even though Joann is considered “the new kid on the block,” with her work ethic that the clients come first, her great people skills, determination, patience and to all the things she accomplished in life; she will become a successful real estate salesperson. Brava! Giovanna