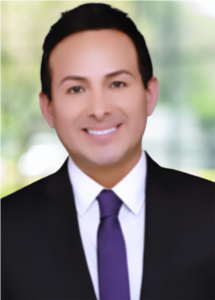 Jaymie's positive energy radiates when he's helping people find their dream apartment. He is easy to talk to, and guides his clients seamlessly through the process. “I enjoy making others happy” he says, “when people talk to me, I can immediately turn a bad attitude into a smile”. In all his career endeavors Jamie has made friendships and relationships with numerous people who now call on him for apartments and his real estate expertise.

Prior to joining Charles Rutenberg NYC, Jaymie’s real estate career started at a well know company where he honed his skills as a hybrid agent working with renters, buyers and sellers. Within his first four months there he became 0ne of the Top Producers in Rentals.

Before to Real Estate, Jaymie obtained his Bachelors Degree in genetics and had a professional career as doctor. A radical change of career found him pursuing an acting career for a while, and then after graduate studies at FIT where he pursued Event Planning, he started his own design enterprise. He focused on the interior decor and floral design for major events. He worked with some of the leading companies in New York City with clients such as Senator Hillary Clinton, Janet Jackson, Frank Sinatra, Liza Minelli , Diana Ross , Ella Fitzgerald , President Clinton , Ron Howard , Martha Stewart Living , Bergdorf Goodman, Nike , L'Oreal , American Express , New York City Ballet , Radio City Music Hall , Time Warner and Lifetime Television. Amongst the many prestigious events he was involved he counts Robin Hood and The Gala Event as some of the most important in New York City.

Following on his success in Event Planning he continued on to work on over 50 New York City fashion shows for designer such as Valentino, Prada, Gucci, Versace, Marc Jacobs and others, where he gained unparalleled experience working with many different personalities, a perfect springboard to his present real estate career.

Jaymie now focuses on rentals and sales in New York City. Call him today to find your dream apartment, he will be happy to help you.
Jaymie speaks fluent English , Spanish and Portuguese and is a member of the Real Estate Board of New York (REBNY), and a REALTOR® under the auspices of MANAR, part of The National Association of Realtors®.

$ 1,200
Information believed accurate but not warranted. The data relating to real estate for sale or lease on this web site comes in part from the OneKey MLS. Real estate listings held by brokerage firms other than R New York are marked with the OneKey logo or thumbnail logo and detailed information about them includes the name of the listing broker.
© 2022 by R New York.  All Rights Reserved | 641 Lexington Ave., New York, NY 10022 | 212-688-1000 | info@weRnewyork.com
New York State Fair Housing Disclosure